What's in a name?


One of the features of a prototypical layout is that you have some flexibility about the names of locations and businesses that form part of the scenery. Frequently, such prototypical modellers choose a scenario where an alternate history envisages an additional railway line built to actual locations within NSW. I have probably gone a bit further, inventing fictitious locations in a general area of the state, in my case the upper Hunter Valley. The consequence of this is that location names as well as fictitious businesses needed to be generated and this post describes the story behind why some names were chosen. 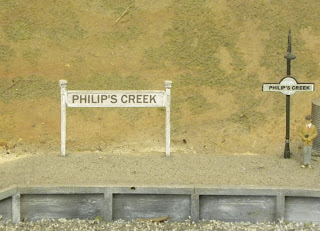 The layout name was easy to decide after a bottle of red wine. If Jacob could have a creek named after him, then so could I, even if it was just an imaginary location. Incidentally on very recent visit to the Barossa  Valley, I drove across Jacob's Creek. It was as unassuming in 1:1 scale as Philip's Creek is in 1:87 scale. 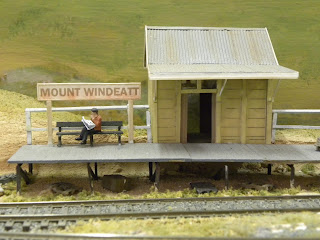 For other locations, I drew on links to the family connections. The small village of Mount Windeatt picked up my wife's maiden name while the township of Kingston Plains was chosen because we have lived in a township of Kingston in two parts of the world, Canberra and the UK. 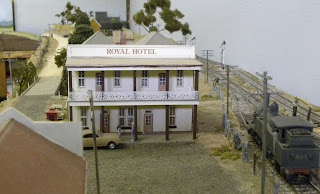 The business names that have been used throughout the layout mostly invoke names from our family history. The one exception to this is the Royal Hotel, simply because it is one of the most common names for a hotel is regional communities. 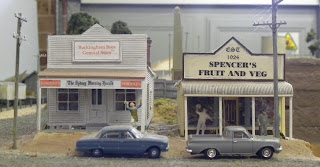 In the Philip's Creek township, the two shops, Spencer's Fruit and Veg, and Buckingham's General Store are names from our genealogies. In the case of the Buckingham Brothers General Store, the type of business links to a distant uncle William Buckingham. Older readers may remember the Buckingham Department Store in Oxford St Sydney established in the 1920s. It was founded by William but destroyed in a spectacular fire in 1968 after the business had closed. My direct ancestor, Thomas, was William's brother and also worked in the company, hence Buckingham Brothers. 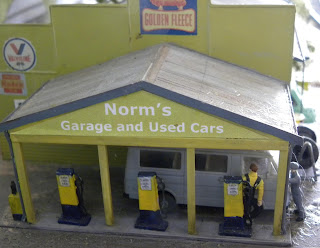 The three businesses in Kingston Plains also have links to our extended family. Coral's Milk Bar and Norm's Garage and Used Cars are named after my wife's parents who both passed away in 2016 and 2017.  Coral loved her chocolate milk shakes and Norm had a penchant for purchasing any used car that attracted his attention. 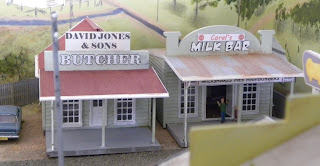 David Jones and Sons Butcher has a more convoluted link in the family history. Coral's father was illegitimate and we have never been able to identify the person. That is until recently, when DNA testing led us to the family of David and Emma Jones. David Jones was a butcher in Tamworth around 1900 and the DNA results indicate that one of their sons was Coral's grandfather. So quite deliberately, I located Coral's Milk Bar next to her unknown great grandfather's butcher's shop.


This is my final post for 2019 and as the year rapidly draws to a close,  I'd like to take the opportunity to wish all readers  a Merry Christmas and a very happy 2020 for you and your family. 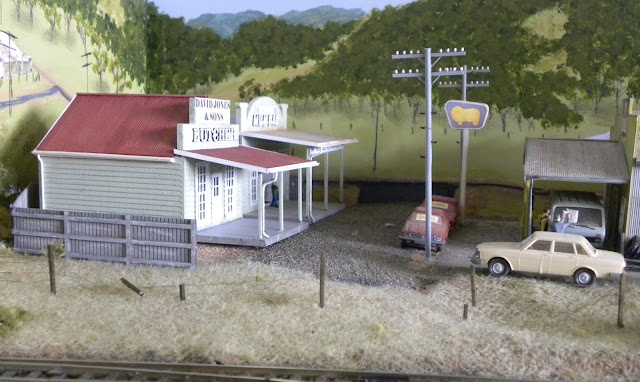