'On the Road again!' - Updated

Well, 12 months on and the relocation has come to pass. We have just exchanged contracts for the sale of our house with a settlement date in late November and based on previous experience, dismantling and packing of Philip's Creek has now commenced. In addition to packing away all of the rolling stock, it also means breaking the layout down into the modular sections and then constructing a box around one or two modules.

The first image shows a view of the layout about 12 months ago... 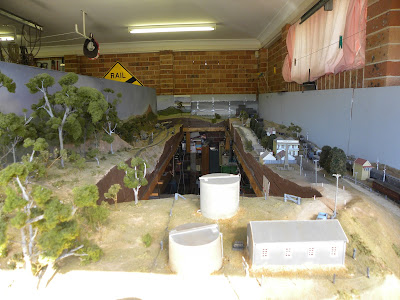 ... and the second photo shows its current state from the same location. 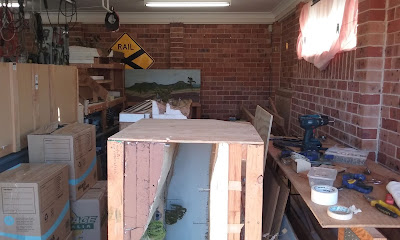 While there have been two more recent partial moves, this will be the first full move of the layout for 16 years and in that time, the layout has grown with the number of modules doubling from 5 to 10. This means that the existing packaging which I have faithfully stored for the last 10 years will need be augmented.

In addition, when landscaping of some modules, I forgot the height requirements which are imposed when two modules are packed together as shown below. Around the Mount Windeatt modules in particular, it was necessary to engage in a massive deforestation that has turned the landscape into a model of the Somme in 1916 rather than a Hunter Valley site in the late 1960's. 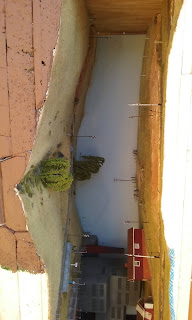 So what next for Philip's Creek. I don't know how much space I will have available, but I'm fairly certain that some modules will need to be modified or rebuilt. I expect that less floor space will be available than the current 16m2. The next iteration of Philip's Creek will be multi-layer and my planning anticipates that this will include the two Philip's Creek modules and both staging areas.

The search continues for the next home and until that happens, Philip's Creek will remain in store. However, I plan to keep the locomotives accessible to tweak the CV settings using Decoder Pro. As I haven't used this software before, it's going to be a whole new learning exercise.

Well it took a lot longer than I expected but the crating process has finally been  completed. The first few crates, which had been assembled on previous moves, went together easily enough but I paid the penalty for some more bespoke construction over the more recent years. The photo below shows Philip's Creek in its current form. The level crossing sign provides a reference point for comparison with the first photo. The Muswellbrook staging area stands forlornly on the right. 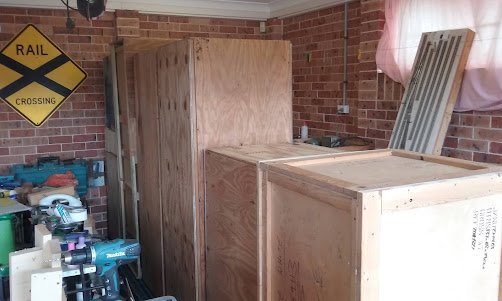