Evolution or a Lack of Planning?

One of the non railway projects that I have been undertaking over the past few weeks  is to digitise a number of old family VHS from the mid 90s. It was certainly a trip down memory lane, and one of the segments that I uncovered was some video that I had taken of Philip's Creek in its earliest iteration in our garage in Missouri.

It highlighted how much Philip's Creek has evolved since 1996 reflecting changes in space availability and operations. For example, when the original video was taken, Philip's Creek was a continuous layout; it is now a point of point operation. Then, it occupied a space of 3.6m x 1.8m. Now it is 1.8m longer and is now a 'L+' shape. It has also moved from the original DC control to DCC.

However, some things haven't changed. The modular arrangement has withstood the test of time and  many moves. The concept of a complete styrofoam base has made it light enough to move, but has also proved to be very stable. The prototype and time era has not changed although as I mentioned a while ago, an element of elasticity has crept into the time period.

To illustrate the changes, I have attached three photos, all of which show the same location on the layout but each separated by about 8 to 9 years. The first photo shows one section of the layout as it was originally constructed at the end of 1996 as part of the continuous track plan. The second photo shows the same area as it was around 2005. The section of through track had now become the coal mine siding. Finally, the third photo show it in its current iteration as a locomotive siding.


While some changes have been possible because of extra space, some have been the result of changes in the way the layout is operated.  I would like to say that these reflect an evolution of my modelling but when I look at the detailed planning done by others, combined with the time they commit to get it right, I'm not so sure. I know my own eagerness to get something running, and the reality is probably more a lack of planning, or perhaps, a lack of adherence to the plan on my part. The only thing I can say in my own defence is the old cliché about 'change being a constant' on the prototype and therefore, I am modelling that change - well at least, that's my story and I'm sticking to it!

A Change of Scale Weekend

This weekend saw a focus on 1:1 scale locomotives rather than the usual 1:87 version. This is just a quick post with a few photos that may be of interest.

Yesterday, my wife and I took a trip from Sydney to Wollongong hauled by 3642 looking resplendent in its green livery. It was a great trip with a interesting return journey by sea but I have to acknowledge that there was considerably more vertical and lateral movement on the return journey. Fortunately, my lunch stayed where it should for that trip. 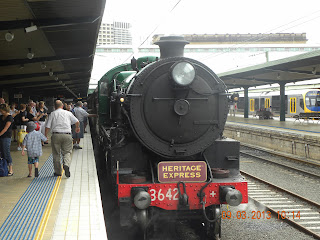 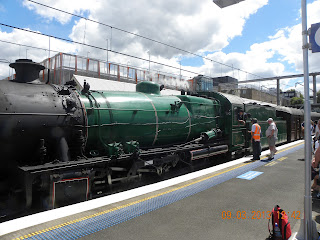 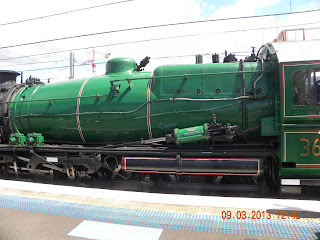 This morning, we also heard the unmistakable whistle of a steam locomotive around Hornsby where we live. A quick check of the internet indicated that 3016, normally resident in Canberra, was operating in the area. So this afternoon, there was a quick trip to a nearby overpass to capture a few photos capture 3016 as it returned to Central. 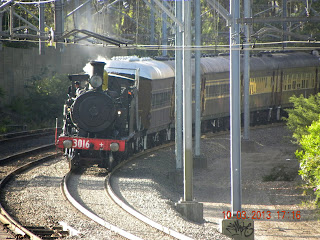 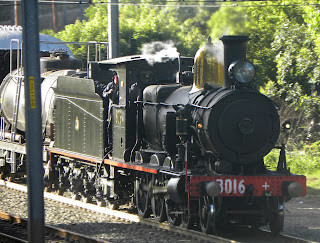 A 36 class is already part of the Philip's Creek roster but a 30T remains on the wish list.