Having written a few lines about why things are seen in my last post, I have been hoisted on my own petard by the recent discovery of a strange change in colour of some parts of one building on Philip's Creek that I have only just noticed. 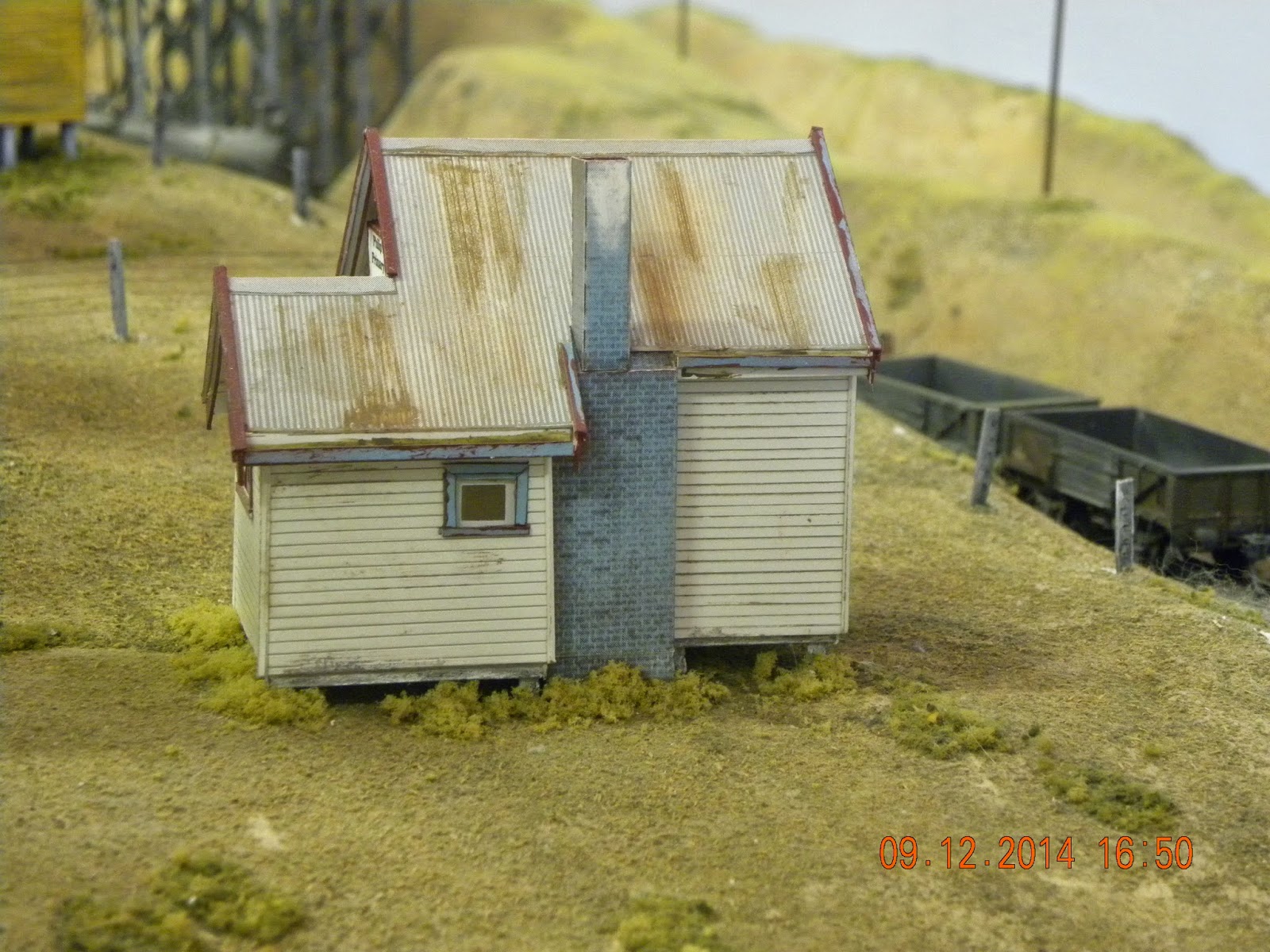 A few days ago, I was stringing wire to a few fences ( actually the elasticised cotton thread) in close proximity to the Philips Creek Primary School when I saw that parts of the chimney and fascia were now a blue grey colour. We have had some unsettled weather in Sydney over the past few weeks and for 10 weeks prior to that, I was away, so I'm not really sure when the problem emerged. I do know that it wasn't there is 2011 and the third photo demonstrates. However, we have had periods of high humidity in other years without this type of problem emerging so I not sure that weather has been a determining factor. 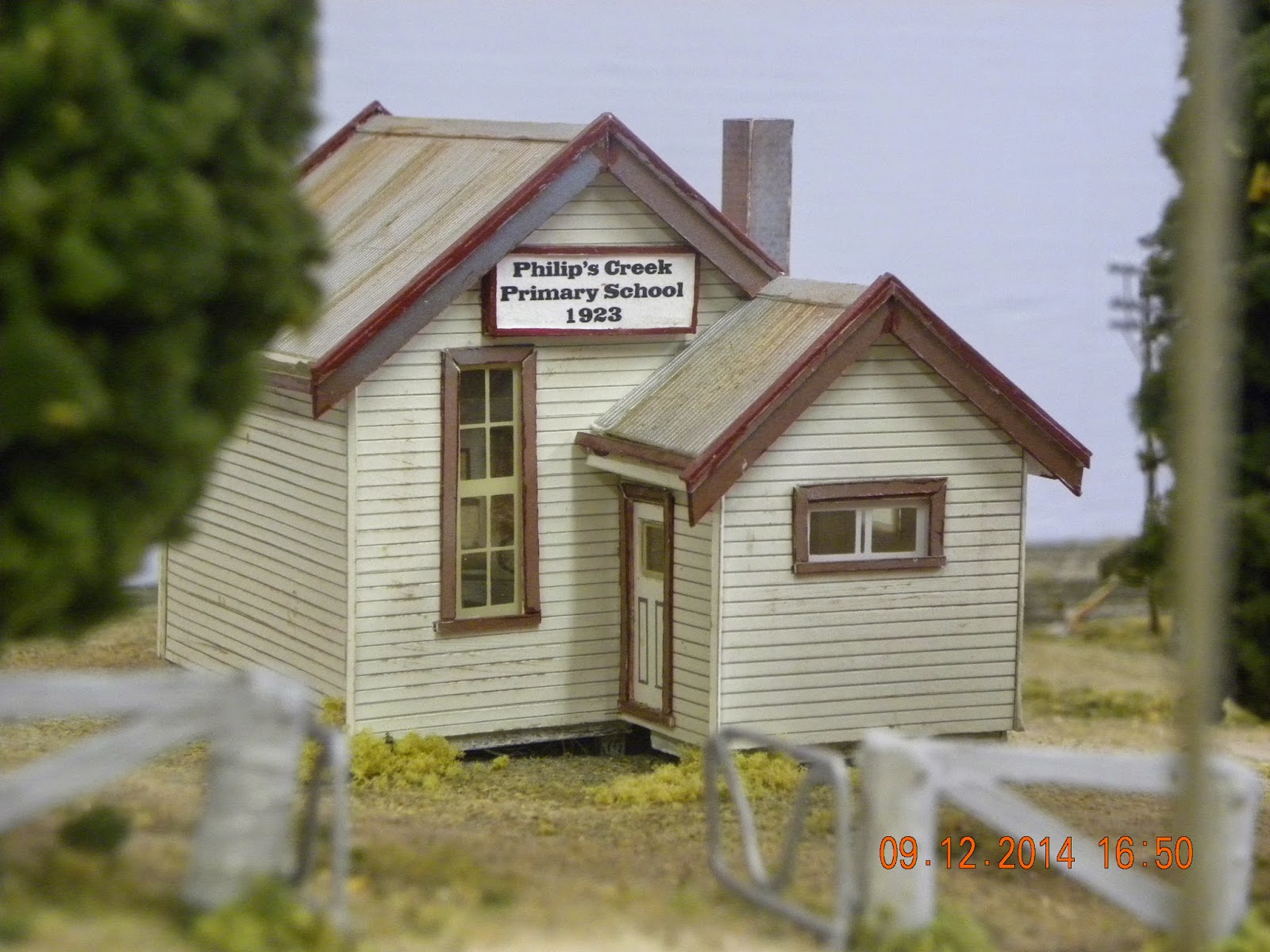 The other curious thing about this occurrence is that it has not spread across the whole model. The two faces of the chimney and fascia that are not visible to the camera in the first photo remain unaffected. You can get an indication from one of the faces of the chimney in photo 2. There has probably been a reaction with the paint or the weathering powder used, but again, these covered the entire building, and yet, only two sides have been affected. Similarly, as far as I can tell, no other building or rolling stock items has shown signs of contamination.

Well, what to do about it? I tried three methods of removal, each applied with a cotton bud. The results of the first, isocol alcohol, can be seen on the top of the chimney in the first photo. The second, cloudy ammonia, and the third, exit mould, gave similar outcomes, not surprisingly, a bleached white surface.

The visible mould has now been removed and I will repaint fascia once I am convinced that the problem will not return. However, I have decided to build another chimney around the original one. It will be painted and weathered before installation. Hopefully, that will see a return the original structure shown in the 2011 photo. 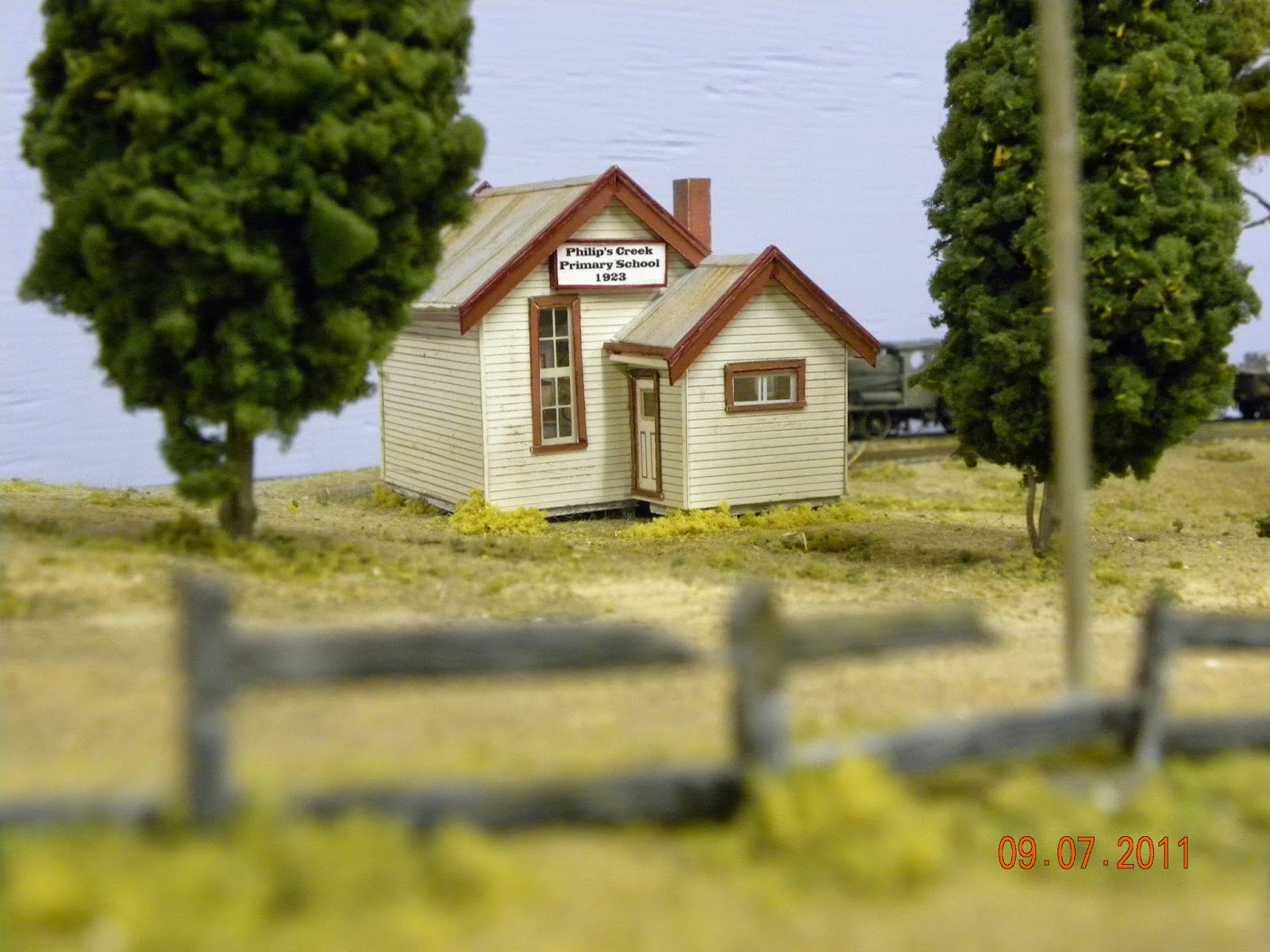 On a very different note, as the festive season approaches rapidly, I would like to acknowledge all those readers who have assisted me with comments, advice, information or materials associated with the various posts in 2014.  Thank  you all for your contributions and input.

Finally, to all readers, have a very Merry Christmas and a great 2015.

Posted by Phil White at Thursday, December 18, 2014 No comments: