Every now and then you learn a lesson about the layout you built that you didn't expect. It happened to me recently. 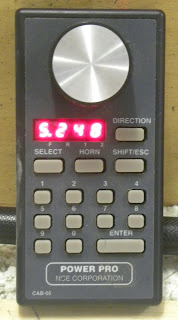 When I converted to  DCC in 2010, I purchased a NCE Powercab. At that time, the layout was a U shape with an additional staging yard at the end of the U. The tethered Powercab allowed an operator to stand in front of,  or at least see a train operating at any part of the layout. However, at times, operation was still challenging and around July 2013, in anticipation of a planned expansion of the layout, I invested in a NCE Cab06 wireless controller  Going wireless

Since then, this controller has been an integral part of Philip's Creek operation, allowing me to follow a particular train throughout its entire run and, where necessary, complete any shunting activities. This capability facilitated the extension of Philip's Creek and the use of 'compartments' to simulate a sense of distance.( Attempting to manage distance  ). I noted in that post that the wireless controller is essential to make this work. With hindsight, that may have been an overstatement because there are other ways that a tethered controller can be extended but probably not with the Powercab in its present form.

So, a few weeks ago, it came as an unpleasant surprise when the Cab06 started to malfunction particularly during the 'select a locomotive' process. After three sets of batteries, I was convinced that they weren't the problem. The main issue seemed to be an unresponsive key pad. The controller has always been slow to establish the link once a specific locomotive number has been entered but now it was even failing to register individual numbers as they were keyed in. 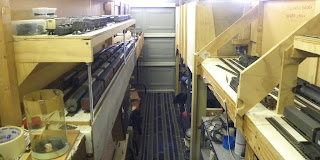 Although the problem now appears to be rectified, it highlighted a vulnerability in the operation of Philip's Creek. Without the flexibility of a reliable wireless controller, a significant element of the layout is difficult or impossible to reach. Both staging areas (opposite) can be reached with difficulty if the Powercab is passed underneath the baseboard but the Kingston Plains branch line (below) is inaccessible. 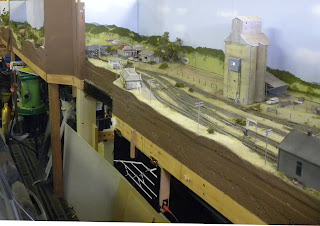 This means I need some redundancy, specifically another wireless controller. A second Cab06 is the obvious choice but, over the years, I have found the controller to be very basic and I miss the functions available on the Powercab. Although it costs significantly more, I'll probably target a Procab R, the wireless version of the Procab controller. 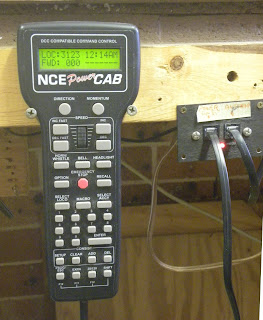 Of course, the DCC system as a whole is also a vulnerability. In the days of DC, over time, I accumulated several power packs and even more controllers, but after the conversion to DCC, the Powercab has been the core of the system. It is now 10 years old and has performed well over that time. Hopefully, it will continue to do so but, if it doesn't, operation of Philip's Creek will come to a grinding halt until a replacement can be sourced. Alternately, I may investigate the NCE booster option but this will have to wait finances recover from the Procab purchase.

In the meantime, it's back to 'business as usual' albeit now with my fingers crossed.